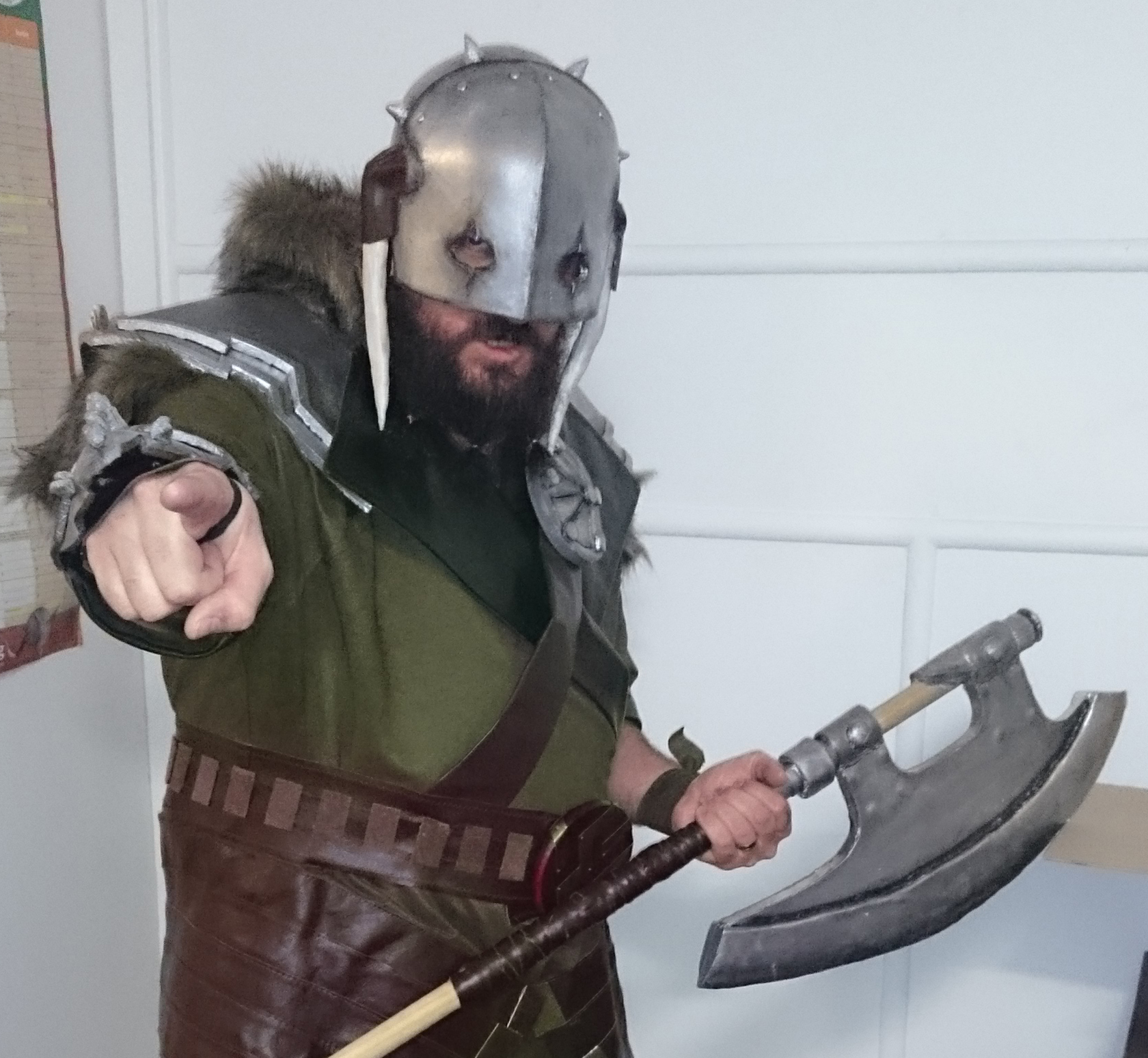 I wanted to be many things growing up, a paleontologist, a jet fighter pilot (I watched too much Top Gun and Jurassic Park as a kid), and sadly, with no actual force powers, Jedi was out of the question.

I have always loved telling a good story, and have been into fantasy and sci-fi genres since I can remember. When my friend Bryant introduced me to RPG’s (tabletop Role-Playing Games) as a teen, that pretty much set me on my path: I wanted to be a writer. I’ve worked slowly towards that dream between a myriad of education and other jobs, but as time rolls on I’ve realised I can write while doing anything, and deep down what I love is creating things and playing games.

Now that was the question bouncing around the void of my head as I stared at the grey and off-white pin boards backing my government cubicle, the same cubicle I had worked in and travelled to every day for nine years. For nine years I made good money, had no problems getting a loan, and bought most things I wanted with a comfortable disposable income, but something was slowly eating at me and I was miserable. We won’t say to what depths,  but in the end I sought professional help and I realised although I was safe, although I was stable, I hated every minute of it.

Sometimes when you shoot for the stars, you come crashing down to earth, and it wasn’t that I wasn’t good at it. I like to think I helped a lot of people and made great memories, but when you’re all gas and no brakes you run out of fuel.  And that’s where I was: out of gas. I didn’t have the fuel I needed to keep the intensity and momentum of my dream going, and I was starting to become bitter and exhausted. I didn’t want that for the shop, and the people coming there didn’t deserve less than the best.

That hurt, that hurt a lot.

When the closure was announced I made a promise to the kids of the shop and my customers that it was not the end, and I was coming back. For a while it was a lie because deep down I felt I failed and I couldn’t face any of them. I have always said that I am a man of my word, and I hate breaking promises. As time went on I realised I hadn’t failed, I just needed to learn how to metre energy out better, and that I needed a little help and some release.

So now I have some backup, renewed vigour and a fresh approach. I am going to make this work sustainable, partly because I don’t want to walk away again without knowing the legacy of GamesHound will be secure, but also because I believe going forwards that we need a place like GamesHound more than ever: a place to belong, a place to connect.

Alright then, let’s make this happen.

Established in 2015, we are the most fun and exciting gaming community in Australia.

Learn more about us

Designed and developed by Web Cheetah.